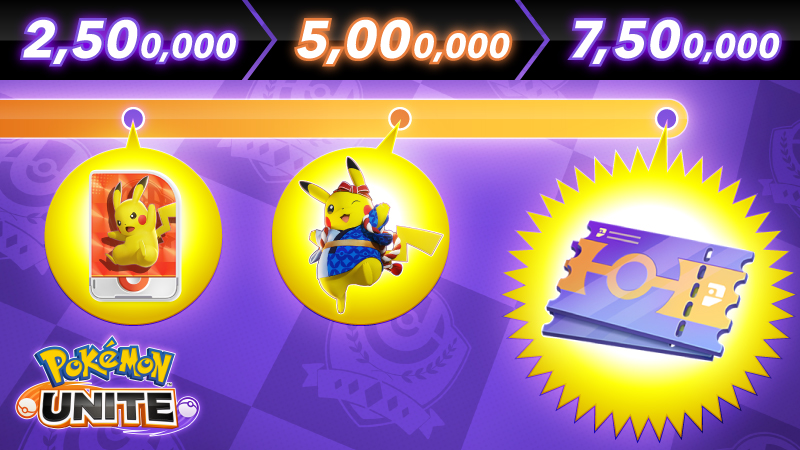 A new goal of 7.5 million pre-registrations has now been set, and an additional 1000 Aeos Tickets will be unlocked if achieved.

In Pokémon UNITE, players face off against each other in five-on-five team battles, in which they cooperate with teammates to defeat wild Pokémon—as well as level up and evolve their own Pokémon—to defeat the opposing team.

Which is your favourite Pokémon of each Elemental Type?

Mamoswine to arrive in Pokémon UNITE on September 29th

What would the Above User's Partner Pokemon be?