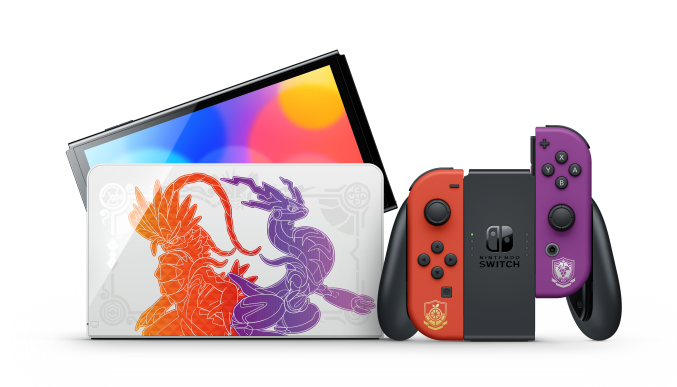 Nintendo has announced that a Pokémon Scarlet & Violet Edition of the Nintendo Switch - OLED model will be launched this year worldwide on November 4th. This special edition console features art inspired by the upcoming Pokémon Scarlet and Pokémon Violet released on November 18th. 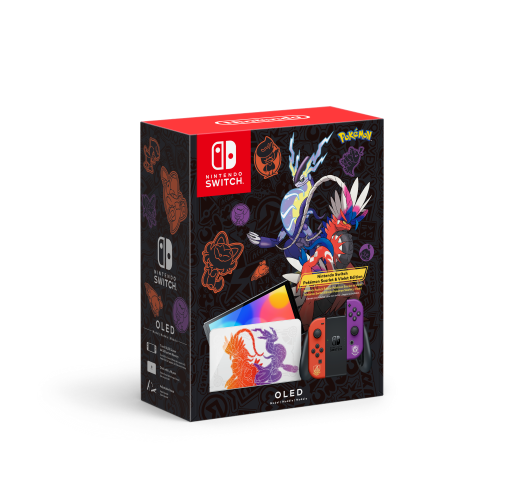 On the Nintendo Switch dock, the Legendary Pokémon Koraidon and Miraidon appear on the glossy front side, while a Poké Ball design is featured on the back as part of the cable access corner. Special illustrations of the Paldea region's First Partner Pokémon, Sprigatito, Fuecoco and Quaxly, appear on the back of the system itself, along with illustrations of symbols that players may recognize as they journey through the new games, giving the console an overall vibe reminiscent of the recent Splatoon 3 limited edition Switch OLED. The Joy-Con controllers, which match the main colors of Pokémon Scarlet and Pokémon Violet, feature the school emblems of the Naranja Academy and Uva Academy that appear in the Scarlet and Violet games respectively.

The special edition Pokémon Scarlet and Violet console will be available at select retail stores worldwide, and via local My Nintendo Store websites. In the United States, the console will be available at a suggested retail price of $359.99, just $10 higher than the standard Nintendo Switch - OLED model. Prices are not currently available for the console internationally, however it is expected that it will be sold at equivalent local price points. 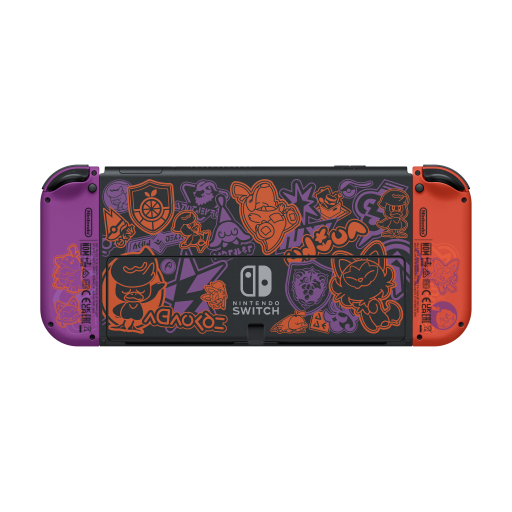 As usual, the Nintendo Switch - OLED Model features a vibrant 7-inch OLED screen, 64 GB of internal storage (a portion of which is reserved for use by the system), enhanced audio in handheld and tabletop mode, a wide adjustable stand, and a dock with a wired LAN port (LAN cable sold separately). The Nintendo Switch - OLED Model system can be played in three modes: TV mode, played on a TV while the system is docked; handheld mode, when the Joy-Con controllers are attached for portable play; and tabletop mode for on-the-go multiplayer gaming sessions.

Your favorite and least favorite designs from each generation?

JN127: Go and Aceburn! The Place of Beginnings!!

A Train Of Thought ▽ɞ