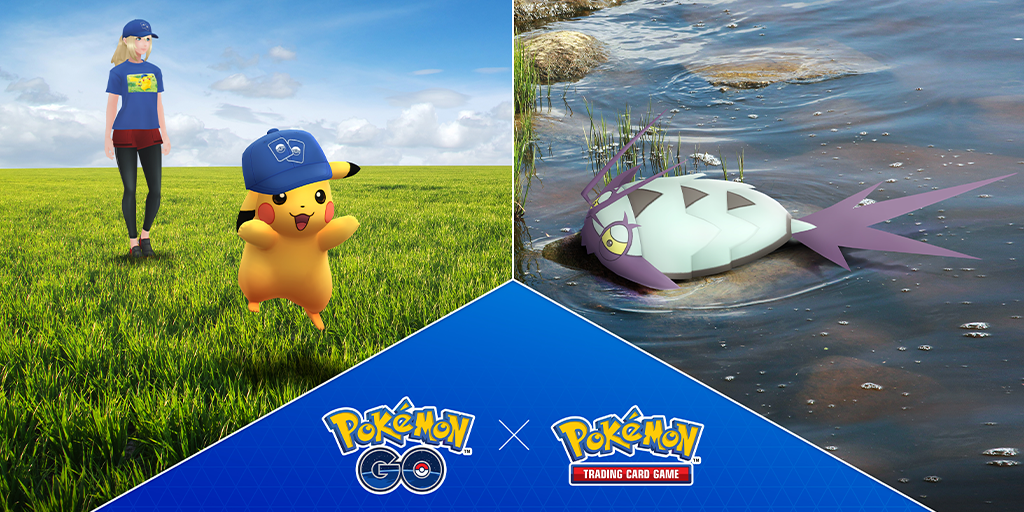 The Pokémon TCG: Pokémon GO special expansion will be released on June 17th in Japan, with a global release to follow on July 1st. In anticipation of this release, Niantic has announced a Pokémon TCG Crossover Event for Pokémon GO. This event will run from June 16th at 10:00am to June 30th at 8:00pm local time. Pikachu wearing a Pokémon TCG hat, Wimpod and Golisopod will be debuting in this event.