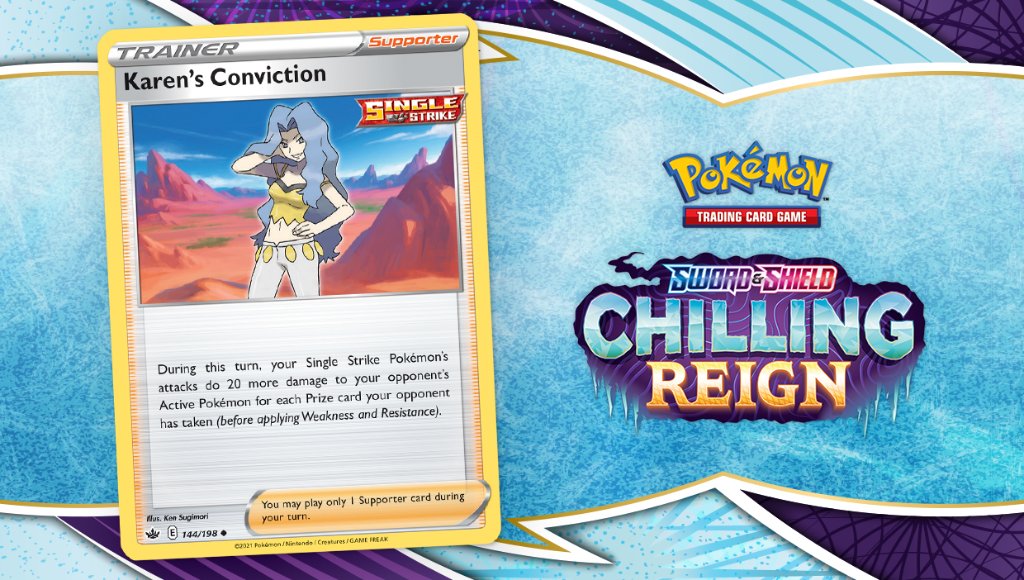 The official Pokémon UK Twitter account has revealed Karen's Conviction, a new card which will be included in the upcoming Pokémon TCG: Sword & Shield—Chilling Reign expansion releasing on June 18, 2021.


Karen's Conviction card text said:
During this turn, your Single Strike Pokémon's attacks do 20 more damage to your opponent's Active Pokémon for each Prize card your opponent has taken (before applying Weakness and Resistance).
Click to expand...

The expansion will include more than 190 cards, and is themed around the Crown Tundra from Pokémon Sword and Pokémon Shield. It will introduce Legendary Pokémon Calyrex in both its Ice Rider and Shadow Rider forms as Pokémon V and Pokémon VMAX, the Galarian forms of the Legendary birds Articuno, Zapdos, and Moltres, and several other Single Strike and Rapid Strike cards.