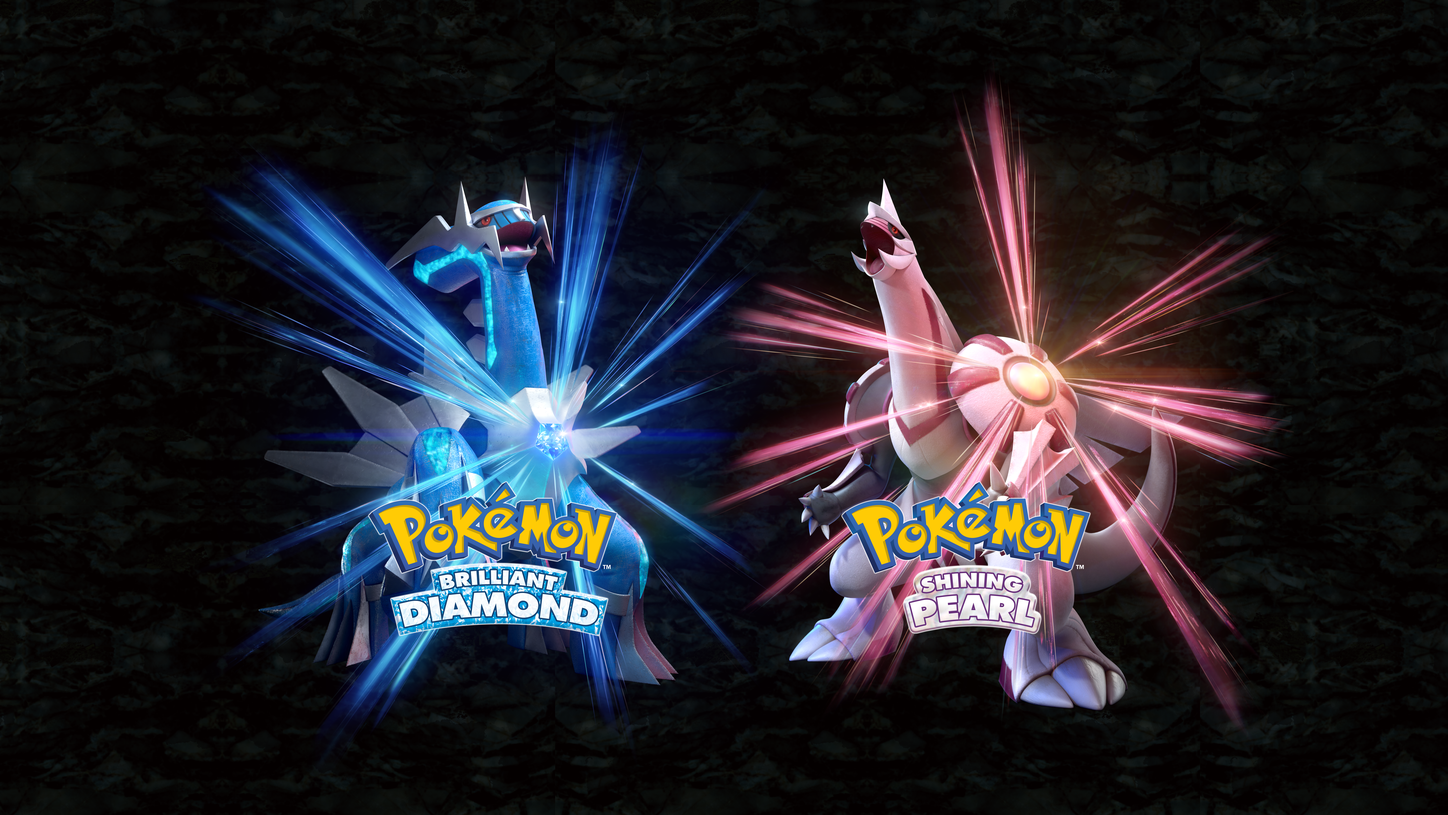 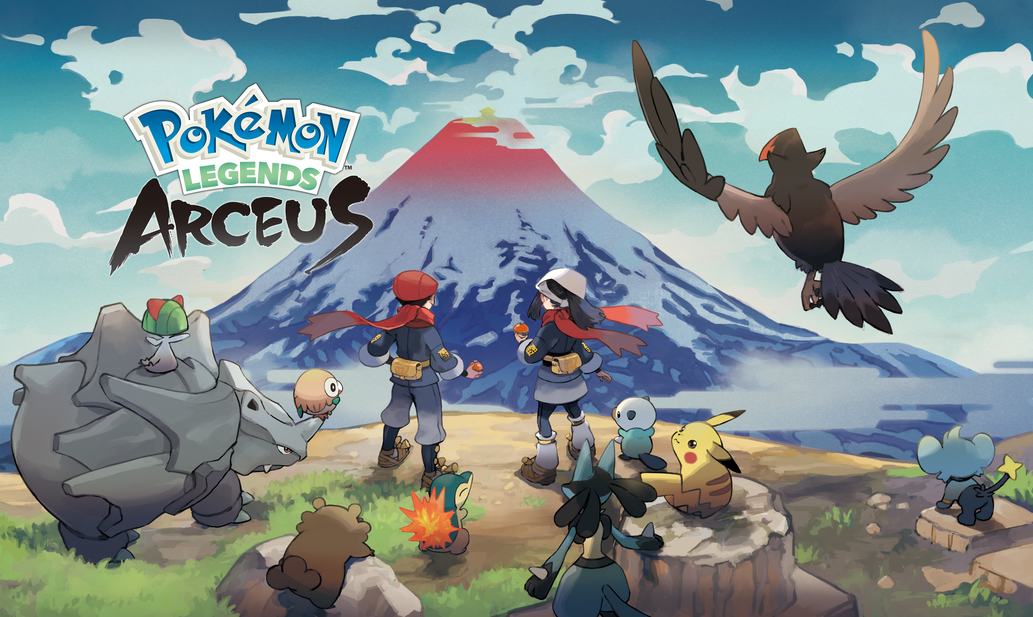 The Pokémon Company today sprung a pre-E3 surprise on fans with the sudden announcement of the release dates for their three upcoming Nintendo Switch titles, together with the first images of the US box art for these games.

Pokémon Brilliant Diamond and Pokémon Shining Pearl, the long-awaited remakes of the classic 4th generation Pokémon games, will be releasing worldwide this year on November 19th.

A multi-pack including copies of each game will also release worldwide on the same date. Strangely, this multi-pack appears to have different labels in different regions, being referred to as a "Double Pack" in US materials, and a "Dual Pack" in UK and Australian materials.

Pokémon Legends: Arceus, which has captured the attention and imagination of Pokémon fans worldwide since it was first announced earlier this year, will be following close behind, with the game launching January 28, 2022.

Pokémon Brilliant Diamond and Pokémon Shining Pearl
Pokémon Brilliant Diamond and Pokémon Shining Pearl are faithful remakes of Pokémon Diamond Version and Pokémon Pearl Version, which were released on the Nintendo DS system in 2006. Whether or not players have explored the Sinnoh region before, they can look forward to this great adventure, reborn on Nintendo Switch. The original story has been faithfully reproduced, and various game functions have been colorfully revitalized. Trainers can expect an adventure through the Sinnoh region that feels both nostalgic and fresh.

The Pokémon featured in the newly released package designs of Pokémon Brilliant Diamond and Pokémon Shining Pearl are the Legendary Pokémon Dialga and Palkia. Trainers will be able to discover the mysterious connection between Dialga or Palkia and the Sinnoh region during their adventures.

Pokémon Legends: Arceus
In Pokémon Legends: Arceus, the Pokémon series takes a bold new direction, fusing action with RPG elements. The game takes place in the Sinnoh region of the past, long before the events of Pokémon Diamond Version and Pokémon Pearl Version. As the game’s protagonist, the player will set out to create and complete the region’s first Pokédex by catching, surveying, and researching the wild Pokémon that live there.

The cover art, revealed here for the first time, depicts Mount Coronet towering over the expanse of a bygone Sinnoh region—the setting for the story in Pokémon Legends: Arceus.

Pokémon HOME
In a new update, users will be introduced to the Catch Calendar. This feature enables users to view their Pokémon arranged by the dates on which they caught them. Trainers can use this feature to relive memories from their adventures—such as the day they first caught a certain Pokémon or the day of an event or other occasion when they received a Pokémon as a gift.

This update also introduces the ability to view Pokémon registered to the Pokédex in Pokémon HOME from different angles, such as above or behind. Trainers can try this out to get a better look at their Pokémon.

Pokémon:
The Pokémon Company International, a subsidiary of The Pokémon Company in Japan, manages the property outside of Asia and is responsible for brand management, licensing and marketing, the Pokémon Trading Card Game, the animated TV series, home entertainment, and the official Pokémon website. Pokémon was launched in Japan in 1996 and today is one of the most popular children’s entertainment properties in the world. For more information, visit www.pokemon.com.

Nintendo:
Nintendo Co., Ltd., headquartered in Kyoto, Japan, has created franchises that have become household names worldwide, including Mario™, Donkey Kong™, The Legend of Zelda™, Metroid™, Pokémon™, Animal Crossing™, Pikmin™ and Splatoon™, through its integrated hardware and software products. Nintendo aims to deliver unique, intuitive entertainment experiences for everyone, manufacturing and marketing video game devices such as the Nintendo Switch™ family of systems, developing and operating applications for smart devices, and collaborating with partners on a range of other entertainment initiatives like visual content and theme parks. Nintendo has sold more than 5 billion video games and over 790 million hardware units globally. From the launch of the Nintendo Entertainment System™ more than 30 years ago, through today and into the future, Nintendo’s continuing mission is to create unique entertainment that puts smiles on the faces of people all over the world. A wholly owned subsidiary, Nintendo of America Inc., based in Redmond, Wash., serves as headquarters for Nintendo’s operations in the Americas. For more information about Nintendo, please visit the company’s website at Nintendo - Official Site - Video Game Consoles, Games - Nintendo - Official Site.
Click to expand...

Just a Torchic May 26, 2021
BDSP box art is giving me subtle Battle Revolution vibes. Legends: Arceus isn't giving me any specific vibes, but something about it feels... soft.

pitchtheripoff May 26, 2021
The L:A box art is so prettyyyyyy, I hope the box art shows how the atmosphere feels in the game.
Reactions: TechSkylander1518 and TRNatalie

Unovia May 26, 2021
Both of these look very cool. BDSP does look a little like Battle Revolution. Legends looks nice, and hopefully it plays well and are not glitchy.
Reactions: TRNatalie

RC821 May 26, 2021
Considering the pandemic, I do hope it gets delayed not for quality but for the health and safety of employees.
Reactions: TechSkylander1518 and TRNatalie

SeanWheeler May 26, 2021
Pokémon Legends: Arceus doesn't look like a main series game. And looks like Dialga and Palkia don't have new forms, so what took them so long to release the boxarts?

SeanWheeler said:
Pokémon Legends: Arceus doesn't look like a main series game. And looks like Dialga and Palkia don't have new forms, so what took them so long to release the boxarts?

I thought it was a main series game?

nickdt May 27, 2021
I hope Arceus is on the back of the LA box art, since it makes no sense it isn't on it in its own game.
Reactions: Puddle

nickdt said:
I hope Arceus is on the back of the LA box art, since it makes no sense it isn't on it in its own game.

Or maybe inside! Let's Go and SwSh have some nice artwork inside the box.
Join the discussion on the Forum (Requires registration)
The Original Pokémon Wiki
40,000+ pages
over 3 million edits
Browse now
Community