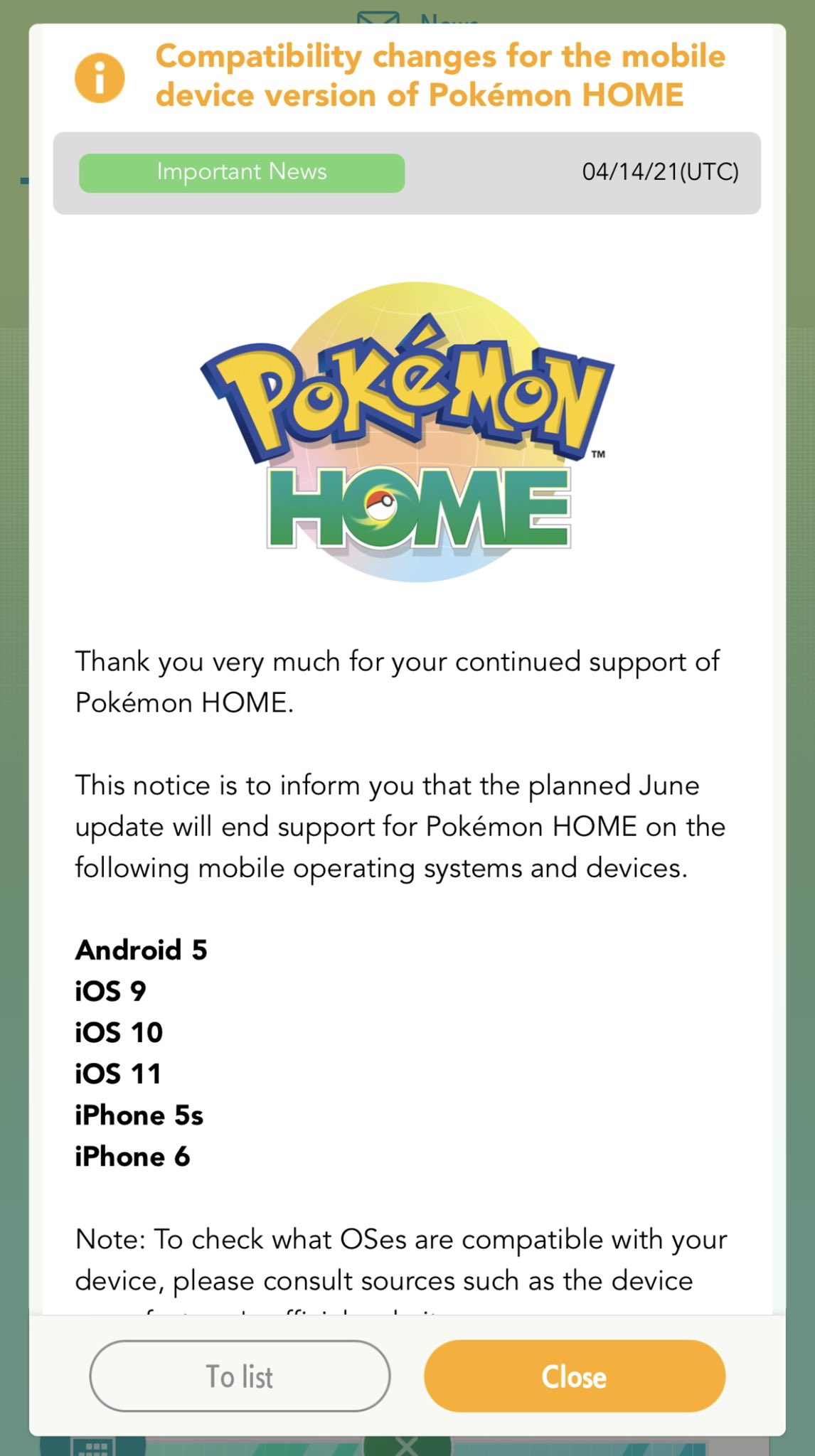 The Pokémon Company has sent out an alert to Pokémon Home users warning them that the upcoming June update will end the mobile app's compatibility with older models of certain smartphones.

The following mobile operating systems and devices will no longer be supported from June:
This ending of support isn't particularly surprising, given the age of these operating systems and devices. It should be noted however that it's not unlikely that younger Pokémon fans are more likely to have been using Pokémon Home via hand-me-down devices from parents and older relatives. As such, while they may only be a small proportion of the overall number of Pokémon Home users, these younger users could be disproportionally impacted by this change.