Niantic has announced that Tepig will be the featured Pokémon for July 2021's Community Day. The Shiny variant of Tepig can also be encountered. When you evolve Pignite into Emboar during, or within two hours after the event, it will learn the Charged Attack Blast Burn. The event will also feature a 3× Catch Stardust bonus, and Lure Modules and...
Read more

Pikachu wearing an Okinawan kariyushi shirt to appear in Okinawa, Japan and Shiny Corsola to debut in Pokémon GO

In commemoration of the launch of Pokémon Air Adventures, an initiative started in Japan that helps create wonderful travel memories, Niantic has announced that a new costumed Pikachu and the Shiny version of a regional Pokémon will be appearing in Pokémon GO.
Read more 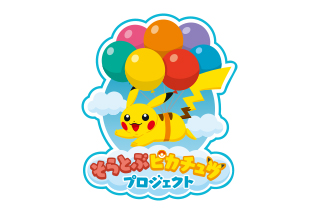 Pokémon Air Adventures, or the "Soratobu Pikachu Project" (そらとぶピカチュウプロジェクト - Flying Pikachu Project) as it is being called in Japan, is a new collaborative initiative from The Pokémon Company, which aims to connect the world through Pokémon, helping to bring joy and wonderful memories through a shared enjoyment of travel.
Read more

The official Pokémon Café Mix Japanese website has announced that they have opened registration to players in Japan for a closed beta testing of a renewed version of Pokémon Café Mix. The application ends on June 30, 2021, while the testing is scheduled to be held this Summer. The renewed version will be launched this Autumn.
Read more

The Pokémon Company has announced Pokémon Global Exhibition, a tournament featuring eight of the top players from around the world, will be held this October.

The tournament will consist of the highest-ranking players from Europe, North America, Latin America, and Oceania participating in the Pokémon Players Cup IV Global Finals which will be held later this month. In Japan, the competitors will be those who have achieved excellent results in the Masters division of the Pokémon Japan Championships 2021 scheduled to be held from July 17 to July 18, 2021 in Japan. For South Korea, the winner of the Pokémon Trainers Cup 2021, which will be held from July 12 to August 2021, will be representing them.
Read more

The official Pokémon Special Twitter account has announced that the next chapter of Pokémon Adventures, called Pokémon Special in Japan, will be on hiatus from the August issue of CoroCoro Ichiban (which is due to be released on June 21, 2021), due to the author, Hidenori Kusaka, feeling unwell. It is not yet known when Pokémon Adventures will resume publication.
Read more 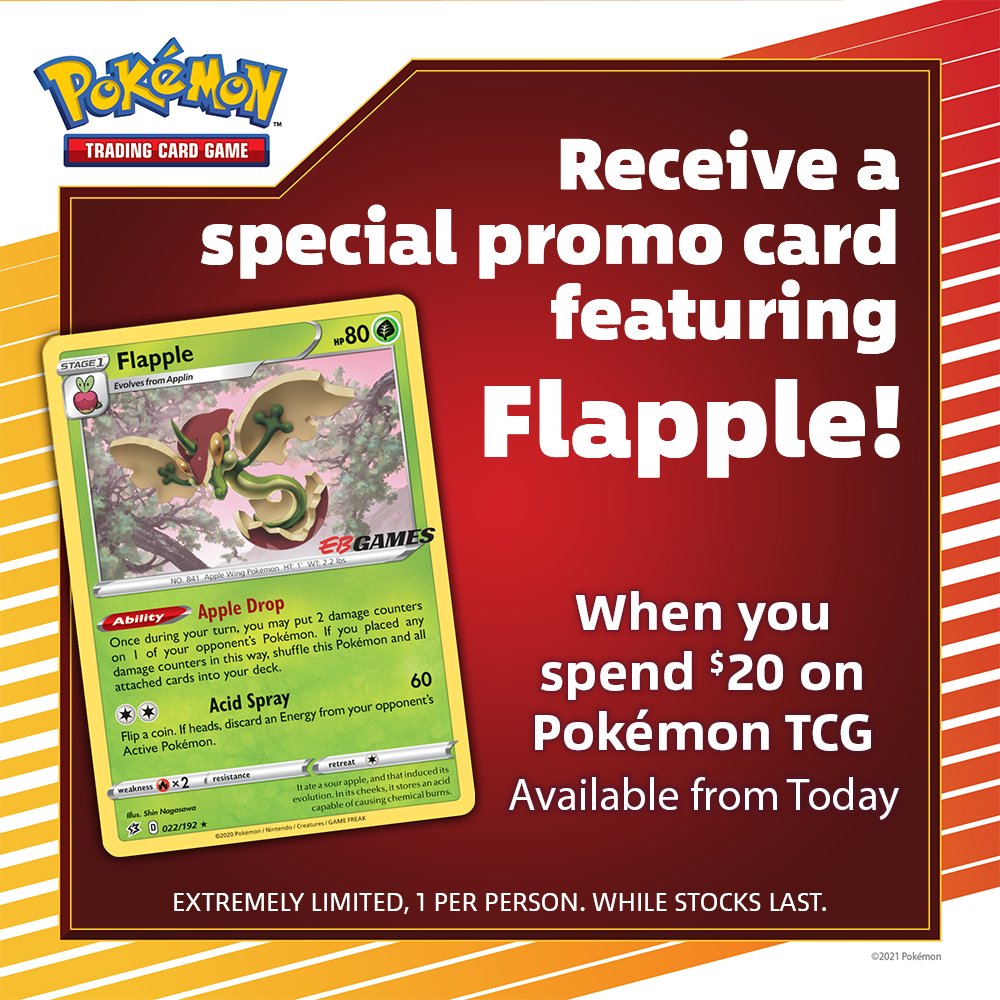 Two more promotions are currently being held in EB Games stores in Australia. One of them is to get a Flapple stamped card and another to get codes to encounter Gigantamax Flapple or Appletun in Pokémon Sword and Pokémon Shield. Both promotions are while stock lasts. 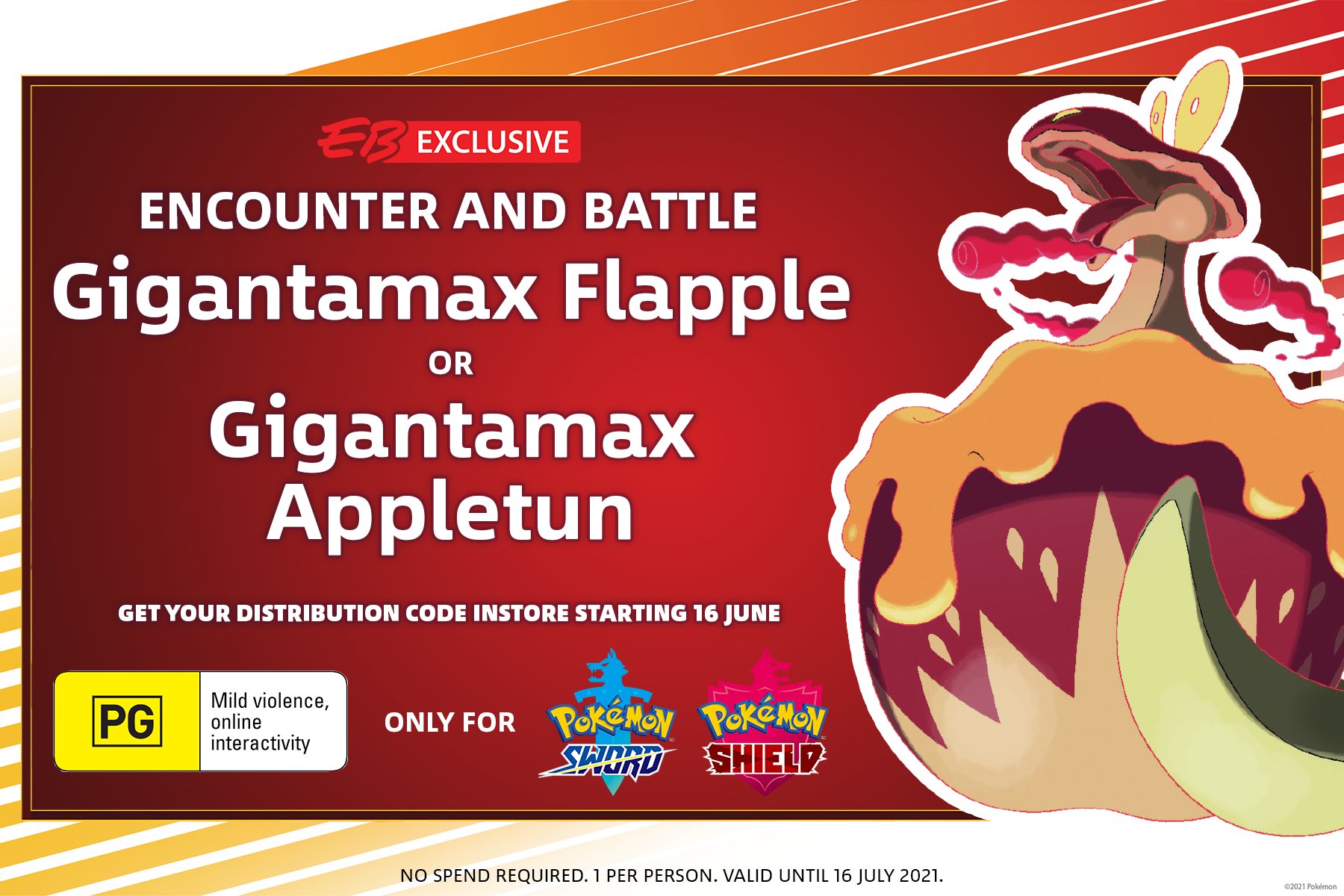 Players can obtain a code card which allows you...
Read more 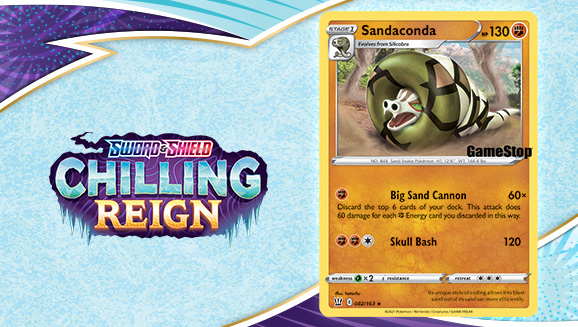 The official Pokémon website has announced that to commemorate the release of the newest Pokémon Trading Card Game expansion, Chilling Reign, a stamped version of Sandaconda from Battle Styles will be given to customers who purchase $15 or more of Pokémon TCG products in GameStop in the US or EB Games in Canada (either in-store or online). This stamped card will feature the retailer logo for each respective region. This offer is only available while supplies last.
Read more

Several retailers around the world have now announced they will distributing codes for Gigantamax Sandaconda, either online via their websites, or physically in stores. As with all similar distributions, these codes should be available for free without any purchase. The codes are available starting June 18, 2021, while stock lasts.
Read more

Two promotions are currently being held in GAME stores in the United Kingdom. One of them is to get a Scorbunny on the Ball card and another to get codes to encounter Gigantamax Sandaconda in Pokémon Sword and Pokémon Shield.

The third in the Pokémon Futsal collection of cards is available starting today. Fans can head online or to their local GAME store throughout England and purchase £15 worth of Pokémon Trading Card Game products to receive this Scorbunny on the Ball card. This card bears the special Pokémon Futsal stamp and is while stock lasts. The Eevee on the Ball and Grookey on the Ball cards were released in September and October last year respectively. 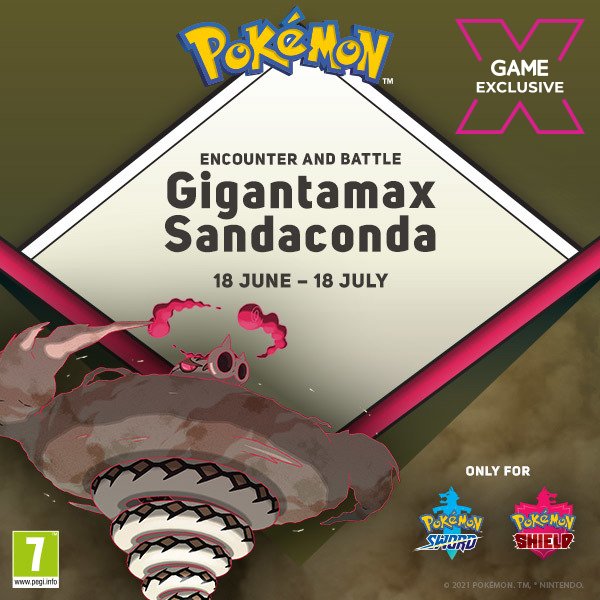 To commemorate the release of the Pokémon Trading Card Game: Sword &...
Read more

Two new features coming to Pokémon GO for some Trainers

The official Pokémon GO website has revamped their homepage and also announced two new features coming to Pokémon GO for some Trainers around the world. These features will roll out to all Trainers later this summer.

One of the feature is a real-time sky mechanic that mimics a player’s sky light based on their geographical location. The other feature is an additional Pokédex classification to keep track of different Pokémon variants and attributes.
Read more

Pokémon GO Fest 2021 shirts to be available for purchase to those in the US, Canada, and Japan

For Trainers with a shipping address in the United States. they can purchase the shirts from the Pokémon Center at this link, while Trainers with a shipping address in Canada can purchase them at this link. Each Pokémon GO Fest 2021 shirt will come with a Professor's Research TCG card featuring Professor Willow while supplies last.

Trainers with a shipping address in Japan will be able to purchase the shirts from Pokémon Center Online starting on June 26, 2021...
Read more

As part of a collaboration between Pokémon GO and the Pokémon Trading Card Game, Professor Willow will be featured on Professor's Research as a SWSH Black Star Promotional card.

The card includes a special promotional code that can be used at Niantic's Offer Redemption website. It will give you access to a Special Research in Pokémon GO during July, where you'll be able to encounter the Mythical Pokémon...
Read more

Bidoof Breakout to occur in Pokémon GO from June 25th

Niantic has reported a Bidoof Breakout is coming to Pokémon GO! Bidoof will be appearing more often in the wild, in raids, and in encounters after you complete event-exclusive Field Research tasks. The event will take place from June 25, 2021, at 10:00 a.m. to July 1, 2021, at 8:00 p.m. local time.
Read more

Niantic has revealed more details for the Solstice Event coming to Pokémon GO this June, including the return of a Legendary Pokémon in five-star raids. Trainers will be able to encounter and catch different Pokémon depending on which hemisphere they're playing in.
Read more

The official Pokémon GO Twitter account have revealed that Meloetta, the Melody Pokémon, will be the star Pokémon of Pokémon GO Fest 2021. Meloetta can be encountered if you have completed all parts of the GO Fest 2021 Special Research.
Read more 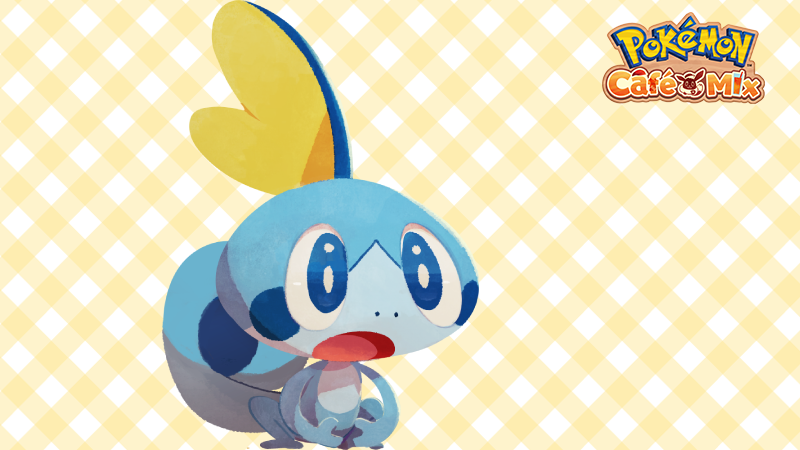 Sobble to return to Pokémon Café Mix from June 16

The official Pokémon Café Mix Japanese Twitter account has announced that Sobble will be returning as the Event Pokémon for June 16 to June 30, 2021.
Read more